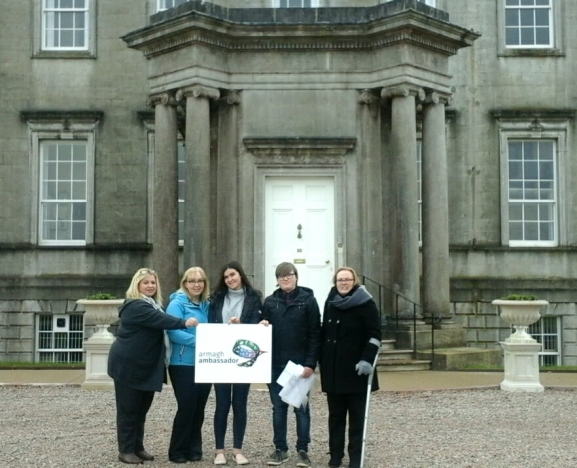 The Orchateers outside the Palace Demesne

It’s the morning of Tuesday 8th March and the Armagh Ambassadors are on tour again. Our destination is the Palace Demesne and we are here to see the “Paintings at the Palace”.

As we converge on the gravel drive in front of the mansion house, all marvel at the magnificent creation of Archbishop Richard Robinson. This was the seat of the Archbishops of Armagh from 1770 until 1979 when it was taken over by Armagh City and District Council, now Armagh City, Banbridge and Craigavon Borough Council.

The large Portico white front door beckons us and as we step through it we are ushered into the committee room. The room is covered with canvasses and as everyone observes the paintings that grace the walls, we anxiously await the arrival of the man we are waiting to see, JB Vallely – the Artist in Residence.

A few minutes later, JB Vallely arrives, ready and eager to address the group of Armagh’s finest Ambassadors. As much as his wonderful works of art speak for themselves, we want to hear about the paintings from the artist himself and as he speaks the gathered throng hang on to his every word and are enthralled.

Brian reflects on his life, his upbringing, his family, the strong influences of his father and how his love affair with “oils and canvasses” began. We listen intently and as he talks we are looking around and pondering on the different genre that he has portrayed in his art. Runners are running, fiddlers are fiddling, cyclists are cycling and bowlers are bowling. Uilleann pipers are piping a magical tune above his head. When asked what tune they are playing, he replies the “King of the Pipers”.

Brian’s art is also displayed over 3 floors of the Palace, 40 of his works of art which cover over 5 decades of his exceptional talent. He guides the ambassadors up the stairs and along the corridor pointing out specific paintings that are close to his heart. Paintings such as “Death of Cuchulainn” 1963, “The Bullet Thrower” 1993, “The Host of The Air” 1989 and last but not least the still life study of his “Belfast Studio Interior” 1960/61, the place where he started on his chosen path.

For well over an hour we are hypnotised by the man and during our coffee break he regales us on the other passion in his life, the William Kennedy Piping Festival.    William Kennedy was an 18th century pipe maker in Tandragee who became blind as a child but went on to learn to play and later make Uilleann Pipes, as well as clocks and looms. His memory is kept alive by an annual festival of piping held yearly in Armagh in November by the Armagh Pipers Club. The festival brings together pipers from a wide range of local and European piping traditions.

As we leave the Palace, we survey the grounds that this Georgian house is situated in. Over 300 acres of public walks and trails and the very accessible “Garden of the Senses”.

The garden is made up of five linked areas to test the five senses and which is designed to be interactive for children as well as a place to stop a while to sit, relax and take in the scenery. The Kinectic Blooms water sculpture (spot the dragonfly), the Glasshouse with the striking vine that covers the back wall and the Ice House – the “fridge freezer” of the 18th century.

As you return to the house and the Primate’s Chapel you will happen on the Stables and Courtyard now used for the registration of Births, Deaths and Marriages, Civil weddings and The Moody Boar. Savour this award winning restaurants’ tasty delights and quench your thirst in its quaint setting in the stables yard. 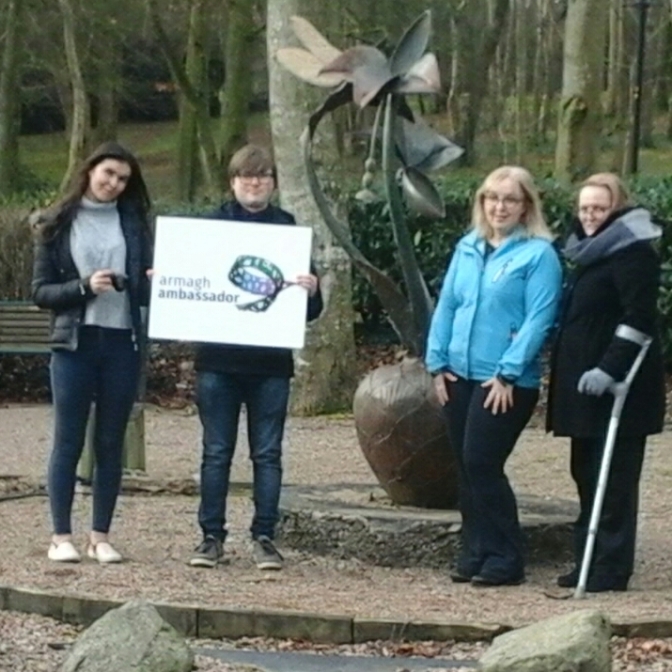 As we drive down the long and winding road from the Palace, we pause at the Franciscan Friary situated at the entrance on our right as we leave the grounds. Dander around the ruins and you can see why this atmospheric spot is a very popular place for wedding photographs.

Next up was a flying visit from the Armagh Ambassadors to the Visitor Information Centre in English Street. This is the one stop shop for your bookings for shows, somewhere to stay, leaflets, guides, special gifts, where to enjoy a cup of coffee or a map if you’ve lost your way. Joy and Stephen will keep you on the right track.

The Marketplace Theatre and Arts Centre

To round off the morning we take a short stroll to the Marketplace Theatre and Arts Centre. Vinnie takes the Ambassadors on a guided tour backstage to “tread the boards”. Shakespeare thespians need not worry but some budding comedians were evident! 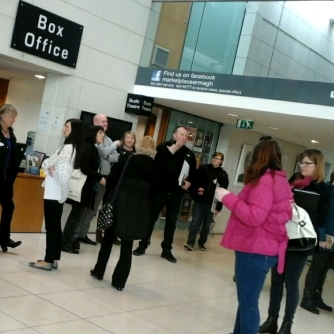 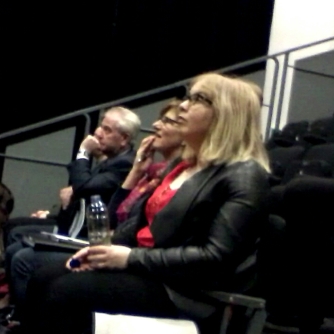 We then follow Christine to explore the current exhibitions on display in the main foyer and galleries. This wonderful venue is on our doorstep and provides a broad spectrum of events, displays, shows and workshops for everyone to enjoy. A perfect setting in the City Centre which has seen artistes from all over the world on its stage. 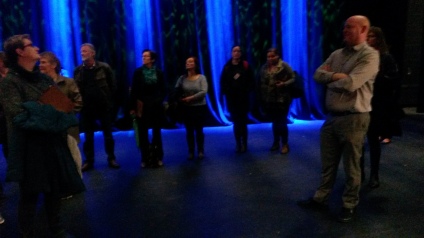 Thank you to “The Orchateers” group of the Armagh Ambassadors for writing this article – Dierdri Connolly, Caoimhe Toner, Karen Edgar, Louise McCarthy and David McDonald.